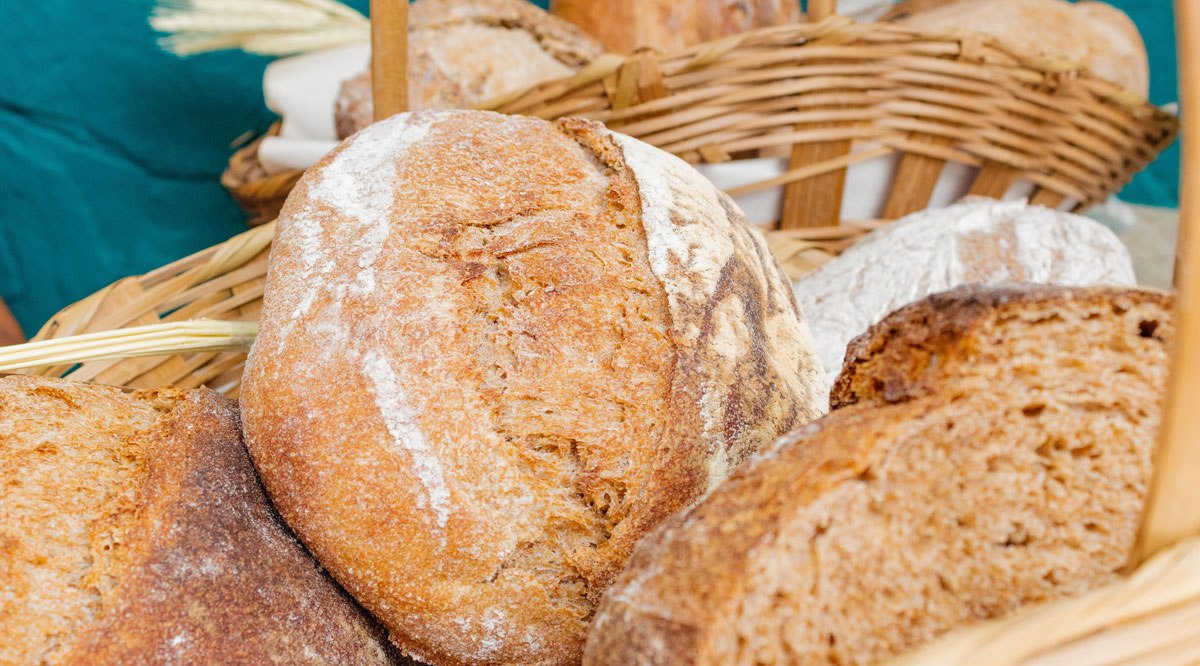 Peter Grimwood explores the story of Jesus feeding the five thousand, and contrasts the economics of the world with the generous grace of God.

In Matthew 14 we read the story of Jesus feeding the five thousand. Jesus miraculously provides his people with all that they need to be his friends, to worship him and to eat with him. Indeed he gives them more than enough, such is his abundance: twelve baskets are needed to carry away the left overs. (Twelve you will notice. It’s that magic number again. What’s the PIN number of Israel? 12.)

God in Jesus has done something like this before! At the marriage in Cana he gave his friends wine – the very best and more than enough. In his encounter with the woman at Jacob’s well Jesus gave a gift of living water – a spring that would never run dry so that the woman will no longer be dependant on jars and cisterns to hold the stagnant, lifeless water from the past.

Attentive readers or hearers of John’s gospel will not be surprised that he acts in the same way with the multitude. The precedents are there. However, the disciples are skeptical. Jesus knows this and so he tests them. What are we to do? How are we to buy bread so that these people may eat? A very good question indeed? And how do they respond?

Phillip responds as we would respond, certainly in a way in which I have responded to a question such as this and no doubt will again. “Well, it’s very difficult; we’re short of resources – besides, it’s a question of priorities. We must count the cost and carefully – we are stewards and trustees and so we must act responsibly.” But Jesus knows what he will do! He will do what only he can do, using the resources that a child brings to him. How much heartache and burn out do we endure because we will not let Jesus do what only he can do?

Another comment often heard in discussions of this kind in response to some sort of visionary proposal is that “we must be realistic.” People who say things like this acquire a reputation for wisdom and are put on committees. The question though is this: which reality are we talking about? Man’s reality or God’s reality? When I was a student there was banner often carried on demos. It bore this slogan: ‘Do not adjust your mind there’s a fault in reality’. From a faith perspective there certainly is.

When, at about the same time in my life, I was learning about economics I was taught that the fundamental principle was the principle of scarcity. Goods and services are distributed by the mechanism of the market – that is to say by prices. Prices bring supply and demand into some sort of equilibrium. Crucially this is not a matter of values. The prices may be high, and marginal people may be left to starve. Suppliers may find prices so low that they cannot make a living. But we are not talking values here; this is ‘positive economics’, the title of one of our textbooks. Positive in the sense that this is how it is. If someone expressed a value judgement in class they’d get a red card.

Now if this is the economics of the world, then God’s economics are quite different.

In God’s economics the emphasis is on the abundance of God’s grace. God gives to his people all that they need to be his friends, to worship him and to eat with him. The principle of price is replaced by that of gift and the principle of scarcity by that of abundance. The theories of the ‘dismal science’ of economics are put aside in favour of a revelation of joy, love, peace, kindness, generosity, faithfulness, gentleness and self control. These are the gifts of the Holy Spirit.

And how do you earn a red card in a seminar on God’s economics?

You earn a red card when you appear clueless in the face of human need. Just as the disciples do in the passage. Jesus is calling a new world into being to redress the positive economics of the old. You get a red card if you lack sufficient imagination to see this.

You also earn a red card if you perversely resist the new creation and the gifts that God brings, if you prefer your gifts to God’s gifts as many people do. Such people want the thanks to go to them rather than give thanks to God. They want to control and direct God so that he becomes their agent in heaven rather than being prepared to be his servants on earth.

Jesus is always stern with them. He is less stern with those who lack imagination and insight. They can be helped to see. It is the willfully blind who attract the wrath of God.

Let there be no misunderstandings here. This is not a promise of affluence or unlimited power. This is not a guarantee that you can clock up thousands of air miles, food miles, and that your standard of living will for ever be secure because you are such nice people.  God gives his people what they need, not what they want. The crowd wanted to make Jesus King so that he could preside over a cargo cult that would bring them all the goodies they had ever set their hearts on! Jesus isn’t going to deliver that, and so he has to flee at the end of the story. And he flees alone.

What does it really mean to be a follower of Jesus? It means taking, giving thanks and sharing just as Jesus did. He took the bread. So we must take what we have, be it ever so little or ever so much. He gave thanks – so we also must give thanks always and everywhere, he distributed them to those in need, so we also must share with those in need.

It sounds simple enough but it isn’t. Taking and thanking are probably the hardest parts, just as they were for the disciples in the passage. Too often in the church we are locked into a discourse of scarcity and defeat: too few resources, too few people, too little time, too many problems. Changing that discourse into a discourse that celebrates God’s abundance is what this gospel reading is asking us to do.

Too often in our own lives and in the life of the Church scarcity is our controlling principle. Forgetting that God gives all that we need to worship him and be his friends, we allow a discourse of love, joy and peace to be replaced by one of fear, anxiety and greed. In this story we see what happens when we let Jesus do what only he can do – change a world of ration cards and price tickets into one of gracious abundance. The market place is replaced by the Eucharist. Jesus takes the bread and when has given thanks he distributes it to all, as much they wanted. This is the Eucharist as social justice.

Call it a miracle if you want to, but believe you me if we are to follow Jesus we need to do as he did. Not just for five thousand but for 7.6 billion and rising by the hour.