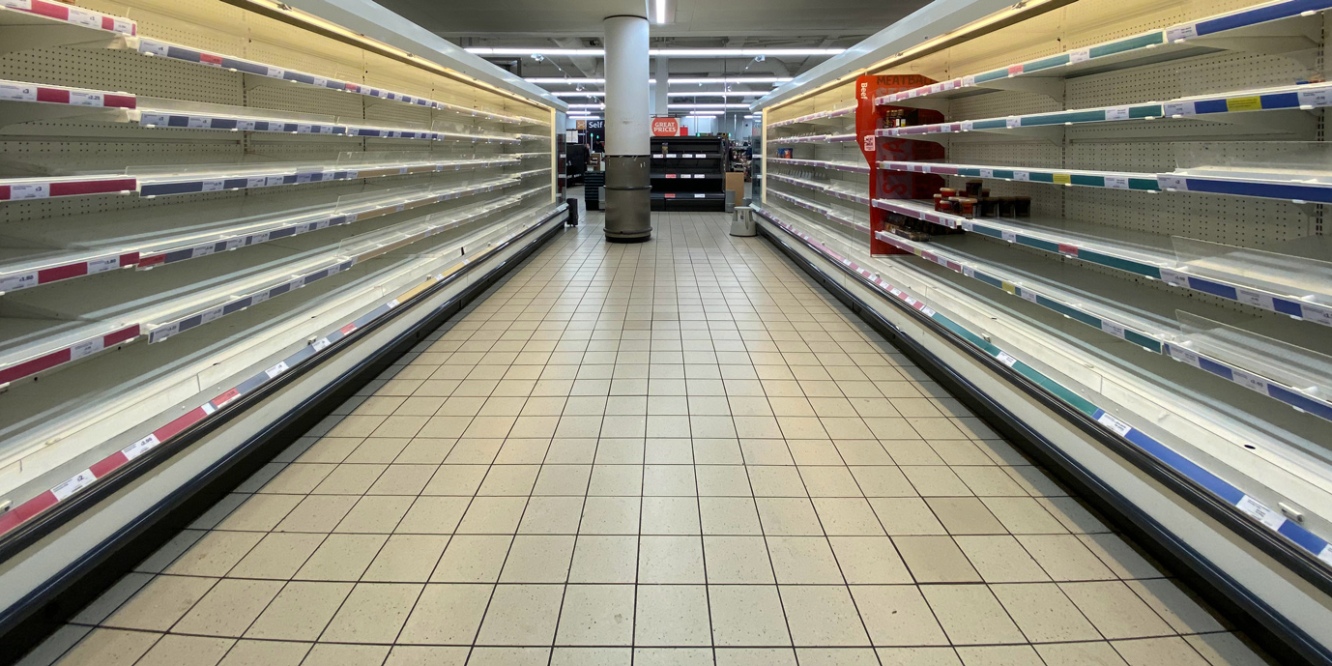 “Stop shopping!” shouts the satirical anti-consumerist street preacher Rev Billy. “The shopocalypse is upon us!” he cries, and his gospel choir breaks into song.

Blurring the lines between street theatre, activism and Old Testament prophecy, Bill Talen has been calling for the end of shopping for twenty years on the New York streets. But what if we actually did it? What if the world really did stop shopping?

That’s the premise of J B MacKinnon‘s imaginative book on consumerism, The Day the World Stops Shopping. “The 21st century has brought a critical dilemma into sharp relief” he writes. “We must stop shopping, and yet we can’t stop shopping.”

We have to stop because consumerism is driving the breakdown of the climate and the collapse of biodiversity. Despite the mountains of waste, the amount of stuff that is consumed in rich countries only continues to grow – well beyond the point of need. The economy relies on waste, excess and obsolescence to keep the machine turning.

But if we stopped or even reduced our consumption, wouldn’t the economy collapse? Might we drop into a full-blown depression? And surely people would lose their jobs, from retail all the way down the supply chain, with the poorest hit hardest. It’s a genuine dilemma, and so MacKinnon proposes a thought experiment: what if, overnight, we reduced shopping by 25%?

The rest of the book explores some likely outcomes from a broad range of perspectives. It investigates what it would it mean for fashion brands, and the people who make their clothes in low income countries. It looks at how the advertising industry would be affected, and traffic rates in cities. The effect on the global economy is analysed, and the likely reduction in carbon emissions and nature’s recovery.

MacKinnon interviews relevant authorities for each of the short chapters – a vice president at Levis reflects on the impact on the fashion industry. Kris De Decker of Low Tech magazine features. Peter Victor runs the author’s scenario for him on his economic model. Ju/’hoansi gatherers show him what it means to live simply. The owner of a garment factory in Bangladesh tells him how he would cope in this hypothetical scenario. In one fascinating section, he visits the owner of the world’s oldest business, a Japanese inn that has been run by the same family since the year 718. What can we learn from companies that are long term success stories with no ambition to grow?

Several of the interviewees are normal people who have seen times of decline up close – like Finland, which saw a massive economic contraction when the Soviet Union collapsed. People share their experiences of what it felt like, and how they adapted. Another chapter looks at everyday life on an island in Japan that has a shrinking population, and abandoned towns and streets. A world with less consumption might create more of these abandoned communities, and it’s worth asking what life would be like in those places.

Through this combination of consumerist critique, travel writing and reportage, the book builds up a picture of a world with less shopping, both the positives and the negatives. Along the way it considers the merits of various checks and balances to consumerism, from Sunday trading laws to the voluntary simplicity movement.

The proposition behind the book, cutting 25% off our consumption overnight, is not a recommendation. (“Perhaps ashes and ruin are what a world without shopping would lead to”, the author muses at one point.) Neither are individual choices likely to add up to substantial change, if history is anything to go by. It will have to be larger scale change than that, still undefined but slowly taking shape through things such as postgrowth thinking or wellbeing economics.

For us at Joy in Enough, The Day the World Stops Shopping is particularly instructive. It offers something of an insight into what the world might look like if people followed through on our view of consumerism and contentment. Are we okay with the results? How could we ensure that a transition to a fair and sustainable economy doesn’t break communities in the process, as the economy slows?